Hey guys! Time for another update from the road. This time, I’m writing to you from Texas. I’ve had some really great shows in San Antonio and Abilene, but I want to focus on a couple of magical days in Austin and the Hill Country. A good friend of mine, Kris Potrafka, set me up with two really cool house concerts through Letsbevy.

What is Letsbevy? It’s a new service designed to connect artists with folks who want to host live music. There are a number of sites and apps before that have attempted to do this, but none really work all that well. I believe Letsbevy can change the landscape of live music.

The concept is to match up concert hosts and musicians in a way that’s personal, simple, and effective. It works both ways. Are you a singer-songwriter trying to book a weeknight gig on the road? Pull up the app and get matched up with a house concert host or a wine bar looking for entertainment. Hosting a backyard BBQ and looking for a Blues artist? You’ll be able to log on and get matched up with me right away.

I’ve seen the beta app, and it’s going to make life so much easier for everybody once it rolls out. The important thing is to sign up. That’s what will really help this thing get off the ground. Check out letsbevy.com and do it! You’re about to see what makes it so cool.

The first house concert I played this past Saturday was at Kris and Claudia’s place in Austin. Drew Davis played a set to kick things off, and she was fantastic. The weather was perfect, and there were many other artists in attendance. The feeling of community was undeniable. 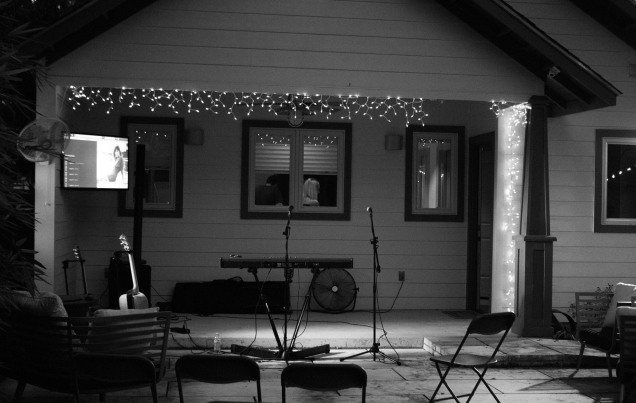 The community aspect is the coolest part about house concerts; Kris and Claudia put me up for the night, and I got to spend Sunday just hanging out with them. Watching football, eating breakfast tacos, and soaking up some sunshine on the patio. That’s a personal connection you don’t get with any other kind of show.

Afterwards, I headed over to the Hill Country for another house concert, this time hosted by Mary and Carl. They live way out on a big ranch, and playing outdoors as the sunset faded to reveal a million Texas stars above was something I’ll never forget. All the neighbors turned out, along with a contingent from Austin, including Tim, Michelle, Tony, and Urmi, who took these photos. 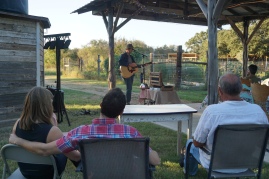 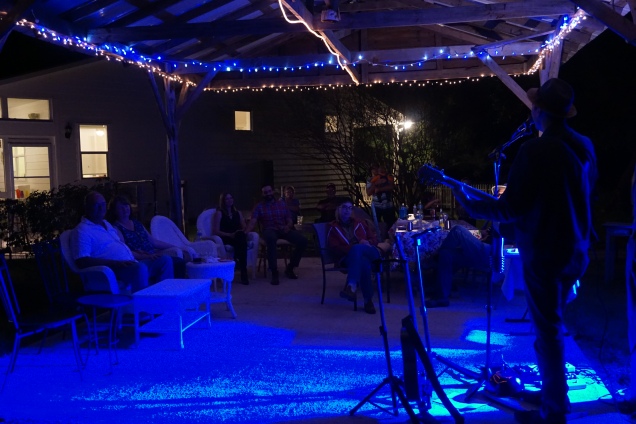 Again, after the show, I got to hang out and just visit with everybody. We sat for hours, drinking wine, sharing stories, and watching shooting stars. (We saw five!) I got to stay for a couple of days after the show as well, and there were so many special moments. From hiking along the creek that runs through the ranch, to a guided tour of Fredericksburg (complete with a wine tasting and burgers), to a live performance on TABC Radio.

The generosity shown to me by everyone involved here, particularly Kris, Claudia, Mary, Carl, Michelle, and Tony, is humbling to the point that it almost overwhelms me. I came in not really knowing anybody in this part of Texas, and now I’m leaving with friends for life. That’s what makes house concerts great, and Letsbevy is what made it possible with these two. Imagine a world where that’s what EVERY show is like! I really believe we can make it happen.

Thanks for reading, y’all. 🙂 Here’s some video from the Austin concert to close it out.