In Appreciation of Baseball

That was the first Major League game I ever attended. I think I ended up with tickets as part of a Tire Barn giveaway. At the time, I was dating a girl who loved the Yankees, so we had to go. I was always more of a football guy, and I hadn’t even glanced at a baseball game in years. Despite that, I couldn’t help feeling a little bit excited as we made our way into the stadium. There seemed to be a contagious energy in the air. I decided I was definitely going to root for the Reds.

The first thing we did was stop to buy a program. “I always get a program,” my baseball-savvy companion said. And so we did, and then proceeded to climb all the way to the top of the stadium. Our seats were in the very highest row of the View Level, but I didn’t mind. You get a great view of the river up there. While waiting for the game to start, I started thumbing through the aforementioned program. Being wholly uneducated about the Reds, I was surprised and delighted to read that the MVP of the league was on their roster. “Hey! This Joey Votto guy is really good!” I exclaimed.

So he was, and so were the Reds back then, but that night did not belong to them. The Yankees, courtesy of superb hitting from both Alex Rodriguez and Robinson Cano, won the game 5-3. Mariano Rivera closed it out in the 9th. But a spark was lit in the muggy Midwest air that night for me, one that would illuminate a path I’m still walking down.

I play music for a living, and there are many parallels between my job and baseball. For one, the schedule; the season is 162 games long, and I usually play anywhere between 160-180 shows in a year. The travel is another, with teams travelling anywhere from 25,000 to 45,000 miles in a season. As a touring musician, I was on the road for 50,000 miles last year. Another is the struggle and grind that players go through to make it. For every star like Rivera or Votto, there are hundreds of unknown guys in the minor leagues, working for minimal pay, all trying to make it to The Show. It’s a long road, and a lot of guys are in the minor leagues for 8 or 10 years before they “make it.”

I had the fortune of catching a few Spring Training games in Arizona this year, and I was struck by the immensity of it all. I was surrounded by prospects from all over the world, all working towards a singular goal. Some make it, many don’t, but there is nobility in the effort.

Back to 2011. My newfound interest in baseball just so happened to coincide with the beginnings of my career in music. I had spent the first part of the year working a regular job, and it made me absolutely miserable. But, Cincinnati offered an opportunity in the form of an event called the Cincy Blues Challenge. Not even a month before my first Reds game, I had gathered up my guitar, my insecurities, and my nerves, and put them all on the stage at Arnold’s Bar & Grill. Hoping for a chance. I got it, in the form of winning the competition.

That was May 22, 2011. The day before my 19th birthday. My journey as a professional musician started there, in the Queen City’s oldest bar. I went into work the next day, quit my job, and never looked back. It’s been all music ever since, and I’ve been working my way up through the system. It’s a marathon, not a sprint.

It’s taken me every bit of these past 6 years to gain a true appreciation for the beauty in baseball. I was angry and impatient as a teenager, and I didn’t have the perspective or patience to follow an entire season. Football, that adrenaline-filled sport where every game is life or death, was a better fit for my younger self.

So, I started out as a casual fan, and I grew a little bit with each passing year. I’m almost 25 now, and I’ve learned that the journey matters as much as where you end up at the end of it. A win is nice, but if you’re expecting one every night, you’re going to end up being disappointed a lot over the course of 162 games.

For the first pitch of Opening Day this year, I wasn’t in Cincinnati. I wasn’t at the parade, or glued to a TV in a sports bar. I was on the road, heading to my 45th show of the year. Scott Feldman got the start for the Reds; he’s a journeyman who’s been in the leagues since 2005. He’s played for 6 different teams. He’s lost more games than he’s won. He isn’t famous. They can’t all be.

The Reds lost to the Phillies on Opening Day, 4-3. I found out during sound check, and it was okay, because I knew there were 161 more games to come this year. It’s a marathon, not a sprint. 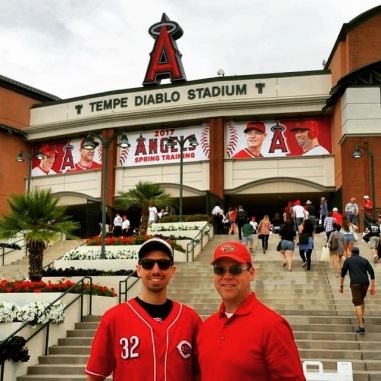 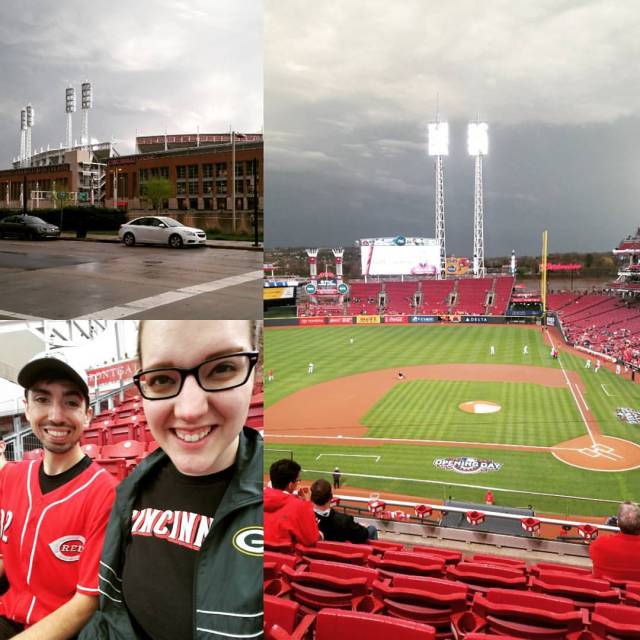 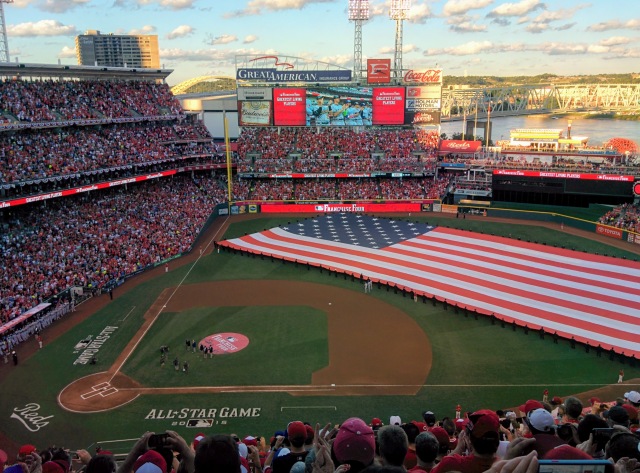